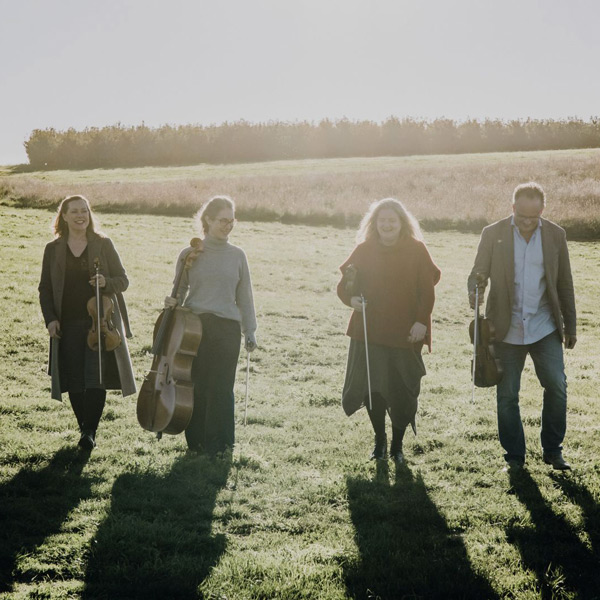 “Acacia Quartet performed so well that at times they seem like only one instrument, such is their clarity and unison.” (City News Canberra)

In eleven years Acacia Quartet have won great respect for their versatile and inventive program.

Acacia have recorded 12 albums, with ‘Blue Silence’ earning a nomination for an APRA-AMCOS Art Music ‘Award for Excellence’.

Acacia are passionate about supporting Australian composers, working with young musicians, and sharing their love of music with audiences of all ages.Their performances feature regularly on radio stations around the world. Acacia’s engagements in Australia include the Sydney Opera House, City Recital Hall Sydney, Melbourne Recital Hall, as well as extensive touring through regional NSW and Victoria.

Acacia had their international debut in Vancouver, Canada at the Roundhouse in June 2016. The following year, Acacia Quartet were invited by the Christine Raphael Foundation to give their European debut, where they performed concerts in Berlin, Germany and recorded a CD with three string quartets by Günter Raphael.

A new CD with quartets by Mozart, Chance and Dvorak will be released in March 2022 through Move Records.

Acacia Quartet is proud to be the Ensemble in Residence at the Orange Regional Conservatorium.