Lior and Domini – ‘Animal in Hiding’

Animal in Hiding is the first release from a collaboration between one of Australia’s most established and critically acclaimed singer/songwriters Lior, together with exciting emerging artist Domini Forster. 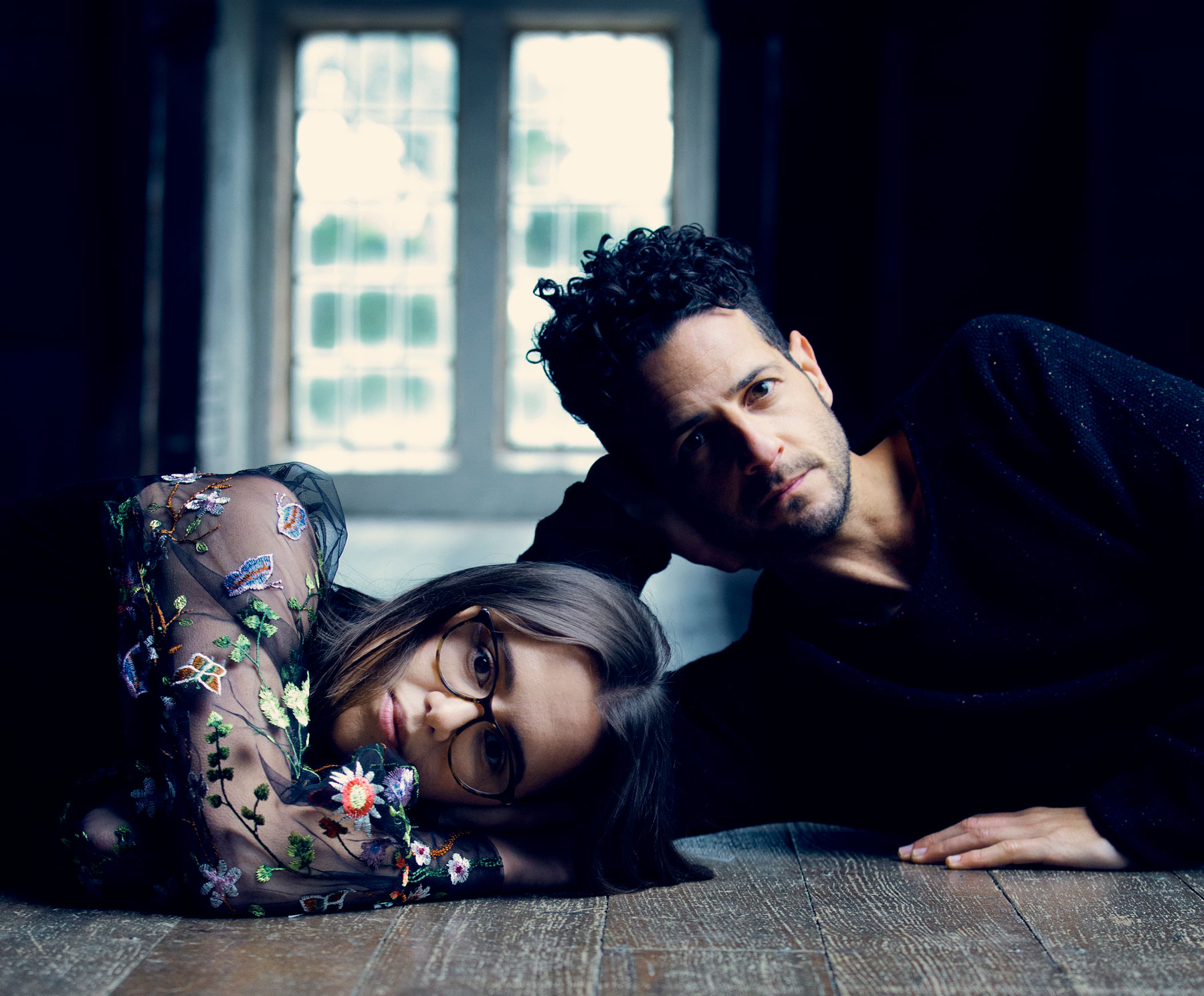 The pair have a creative partnership developed over six years touring together. Initially Domini toured as Lior’s support act, then as a guest vocalist and now as co-writer on their debut EP Animal in Hiding.

While Lior and Domini began writing the songs in late 2019, much of the material was developed during Melbourne’s long lockdown, over zoom from their respective homes. The title track, originally written about the isolation of winter, became the prophetic seed of the project.

Animal in Hiding features songs that are rooted in intimate storytelling. Underpinned by intricate guitar, Lior and Domini’s close vocal harmonies are the focal point of the songs, harking back to the iconic folk duos of the 60s.

The concert runs for 80mins with no interval. Bar will be open for drink purchases at the start of the event.

Bookings are essential. Read more here about our venue’s Covid-19 protocols, and what to expect when you visit.

Lior is one of Australia’s most treasured singer songwriters, renowned for his beautiful voice and songs that radiate truth and sincerity. He burst onto the Australian music scene in 2005 with his debut album Autumn Flow which has become one of the most successful independent debut releases in Australian music history. Lior has since released a further six albums and has toured extensively both in Australia and internationally. He is a multi-ARIA award winner as well as an APRA Screen Award winner for his song-writing work for film and television.

In 2014, Lior collaborated with Nigel Westlake on a symphonic song cycle for voice and orchestra called Compassion. The work consists of original orchestrations set to ancient texts in both Hebrew and Arabic centred on the wisdom of compassion. Lior and Nigel Westlake toured Compassion with the major state orchestras and won the ARIA for Best Classical Album in 2014. In 2016, Lior premiered Compassion in the US with the Austin Symphony Orchestra and subsequently went on to win the 2016 Austin Table Critics’ Award for Best Symphonic Performance.

In 2019, Lior completed an international tour as the featured guest vocalist for the Australian Chamber Orchestra’s ‘Luminous’ concert series. Lior was recently awarded the prestigious Sidney Myer Creative Fellowship, awarded to only nine artists nationally across all artforms for displaying outstanding excellence and courage in their chosen artform.

Domini Forster is one of Melbourne’s brightest emerging songwriters. A recent recipient of the coveted Darebin Songwriter’s Award, she is now poised to launch a duo folk project with renowned Australian artist Lior.

Beginning her career as a finalist in Triple J’s Unearthed High, she has since toured nationally and played at dozens of venues and festivals, including The Sydney Road Street Party, Nannup Music Festival and Mullum Music Festival.

Domini recorded her first EP Little Dreamer with Tony Buchen (Montaigne, The Preatures) and quickly sold out of two pressings. She released her debut album Raven in 2017, with the support of Creative Victoria and a successful Pozible campaign. The national launch tour culminated in a packed out show at Melbourne’s Toff in Town and Raven received a 9/10 from Beat Magazine. It was also featured in the PBS Top 10 and the RRR Soundscape, and the lead single Then You Stop made it into the AMRAP Metro Chart top ten.

‘Raven is one of the most impressive local releases in the last twelve months…a compelling and intricate album with a dark narrative arc’ – The Northsider.

In recent years, Domini has toured extensively with Lior. She has supported him at over 100 shows across the country, in venues including the Enmore Theatre and Melbourne’s Athenaeum. She has also appeared as a guest vocalist in his concerts with the SSO at the Sydney Opera House and with the Australian Youth Orchestra in Melbourne and Sydney.

After cowriting the duet Where Will We Be for Lior’s most recent studio album, Domini and Lior established a new duo project, Animal In Hiding (released in Oct 2021).