Proudly supported by Four Winds, Felicity Dowd, 2020 NSW Folk Federation Young Folk Artist of the Year and graduate of the renowned Talent Development Project, will take to the stage for one night only to perform a collection of acoustic originals. 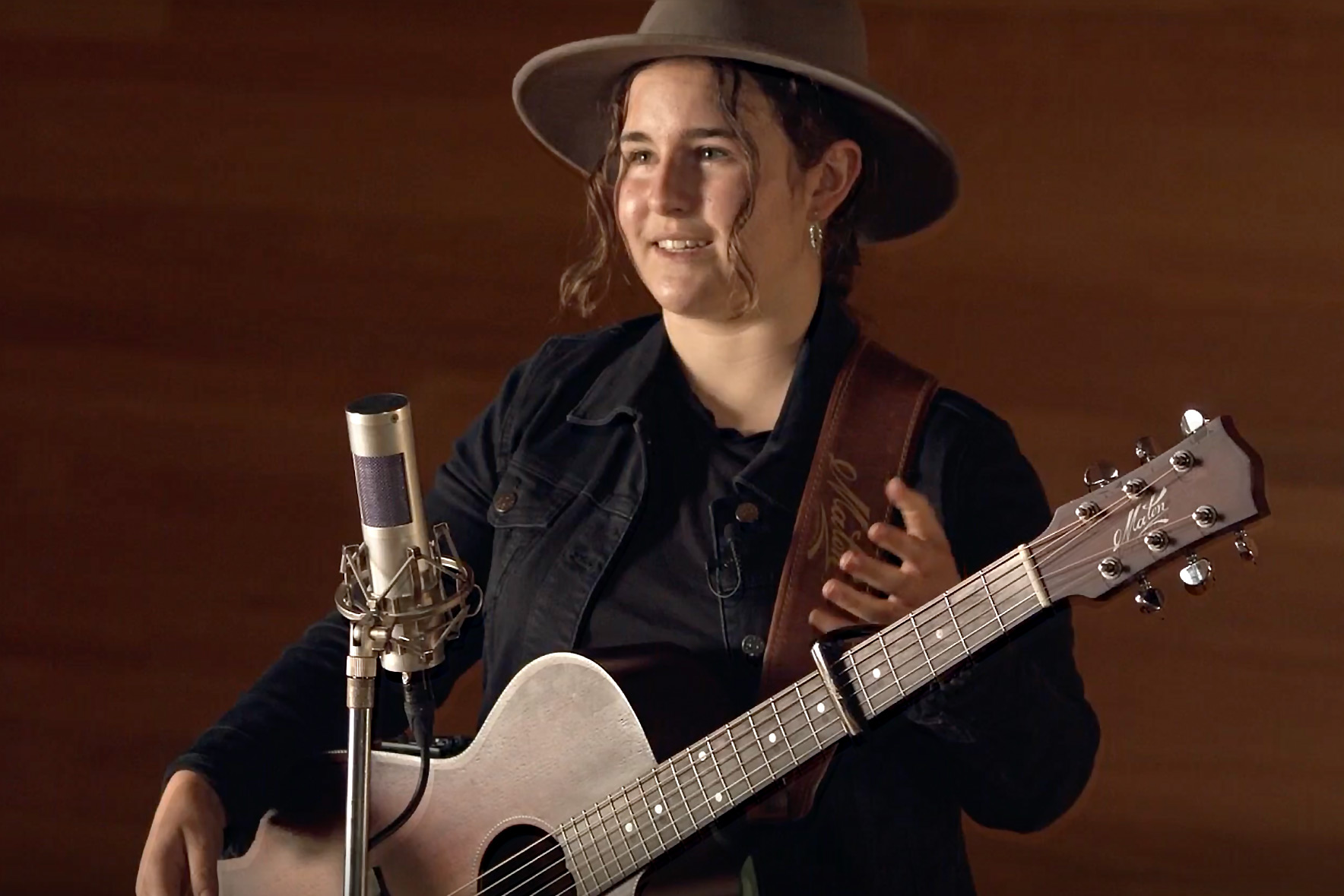 Joined by emerging local artist Angus Carpenter, this will be a must-see show, with stylistic appeal for all music lovers!

Songs and stories will combine within the beautiful architecture and scenery of the Windsong Pavillion as we welcome back Felicity and Angus, both alumni of the Four Winds 2021 Digital Spring Youth Music Festival, for this special event.

Felicity Dowd is a deep thinker and truly authentic performer. She writes songs that have meaning and sings with soul!

Bookings are essential. Read more here about our venue’s Covid-19 protocols, and what to expect when you visit. Concert runs for approx. 2 hours, including an intermission.

NSW Folk Federation Young Folk Artist of the Year (2020) and graduate of the renowned Talent Development Project, Felicity Dowd has always believed a song is only as good as its story.

A passionate singer-songwriter and storyteller, she uses her acoustic performances to tell stories that intertwine the experiences of the world around her, portraying them through a youthful contemporary lens. Inspired by an eclectic and ever-changing landscape of Country, Folk, Blues, Jazz and Pop influences her music is diverse, drifting between the boundaries of genre within her unique repertoire of modern classics and original compositions.

Hailing from the NSW South Coast, Felicity Dowd has performed for several years across the entire East Coast of Australia in a variety of venues and aspires to continue her craft well into the future.