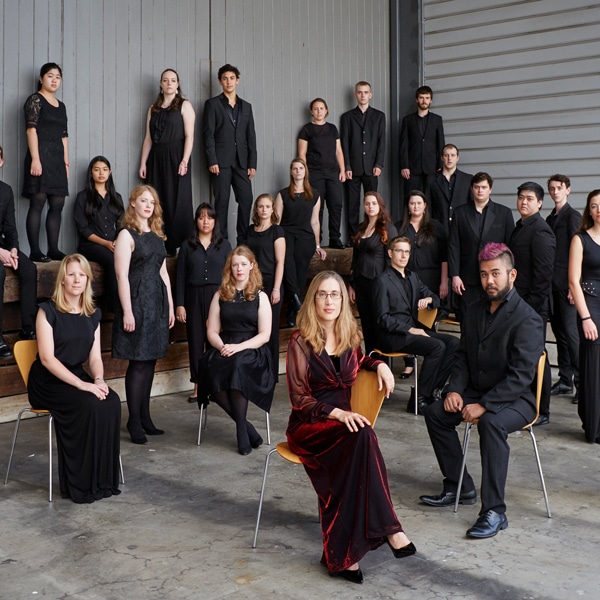 VOX is at the forefront of contemporary choral music in Australia. Created for singers aged 18-30, VOX brings together Sydney’s most talented singers to perform in the Sydney Philharmonia Choirs’ concert season. VOX are led by acclaimed choral conductor and VOX Music Director, Elizabeth Scott. VOX regularly perform in Sydney Symphony programs and last year they featured in Last Night of the Proms, Britten’s Peter Grimes and Fauré Requiem. They starred in their own performances of Wonder in the Utzon Room at the Sydney Opera House. Outside of the season, VOX regularly appears at corporate events and in major cultural festivals such as VIVID Sydney, the Greek Music Festival and Four Winds.