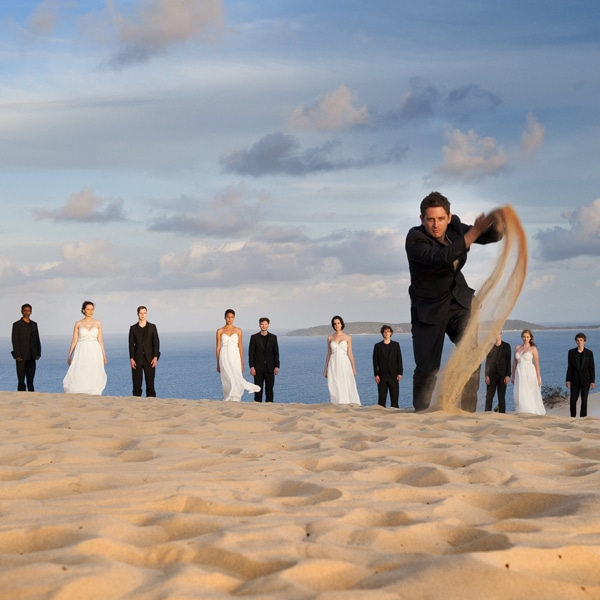 It is with high artistic energy that The Australian Voices (TAV) commission and perform the work of Australian composers. 2020 commissions include Nico Muhly, Katie Noonan, Lisa Young and Melody Eötvös.

Since 1993 the ensemble has championed a flourish of new Australian vocal music, having commissioned hundreds of new works. Gordon Hamilton has been Artistic Director since 2009.

In 2014 they made international headlines with commissioned works from Rob Davidson using musicalisation of political speeches. Not Now, Not Ever! – based on former PM Julia Gillard’s famous ‘misogyny’ speech – made waves as a YouTube video; and a treatment of Noel Pearson’s eulogy to Gough Whitlam was premiered on live TV on ABC’s Q&A program, in Pearson’s presence.