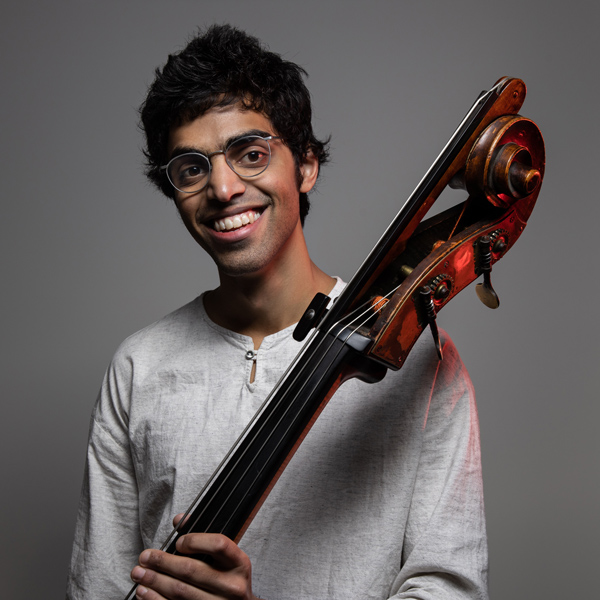 Rohan Dasika is a double bassist with a diverse musical life in Australia and abroad. He has worked on contracts in the Frankfurter Opern-und-Museumsorchester and Melbourne Symphony Orchestra, as well as being engaged at festivals including the Australian Festival of Chamber Music, Four Winds Festival, and the Canberra International Music Festival. Passionate about new music, Rohan has performed at the Bendigo International Festival of Exploratory Music and Lucerne Festival Academy, and was subsequently invited back to Lucerne as part of the Orchestra of the Lucerne Festival Alumni. In 2019 Rohan was announced as the winner of the Freedman Classical Fellowship.