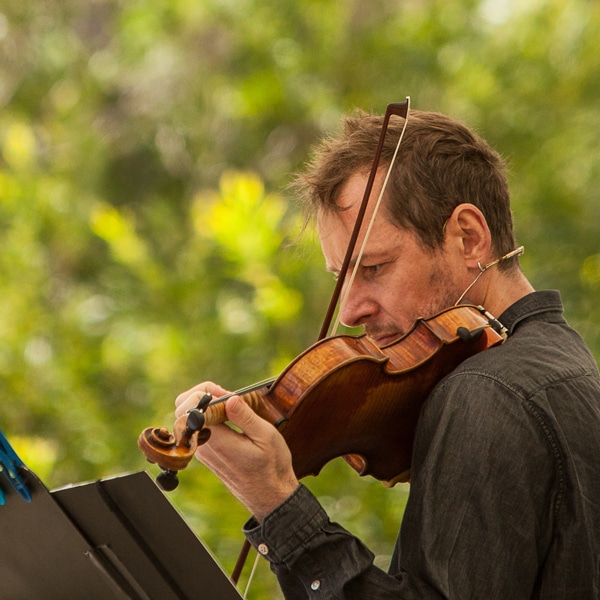 Richard Tognetti is Artistic Director of the Australian Chamber Orchestra and Lead Violin. He has established an international reputation for his compelling performances and artistic individualism.

Richard began his studies in his home town of Wollongong with William Primrose, then with Alice Waten at the Sydney Conservatorium, and Igor Ozim at the Bern Conservatory, where he was awarded the Tschumi Prize as the top graduate soloist in 1989.

Later that year he led several performances of the Australian Chamber Orchestra, and that November was appointed as the Orchestra’s Lead Violin and, subsequently, Artistic Director.

Richard performs on period, modern and electric instruments and his numerous arrangements, compositions and transcriptions have expanded the chamber orchestra repertoire and been performed throughout the world. Richard performed in the Four Winds 2014 Easter Festival.