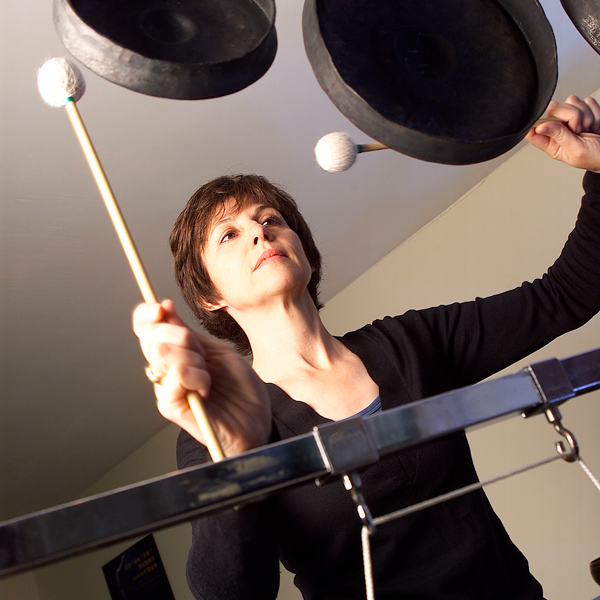 She has performed with the MSO, WASO, ACO, Seymour Group, Sydney Alpha Ensemble, The Australia Ensemble and Taikoz.

Rebecca was a member of Synergy Percussion from 1987-1999 and has often returned as a guest artist. With Synergy she premiered and recorded works by numerous Australian composers. The group recorded concertos for percussion ensemble by Takemitsu and Carl Vine with the SSO.

In 2006 Rebecca premiered Nigel Westlake’s percussion concerto, When the Clock Strikes Me, with the SSO and was awarded “Best Performance of an Australian Composition” at the APRA 2007 Classical Music Awards.