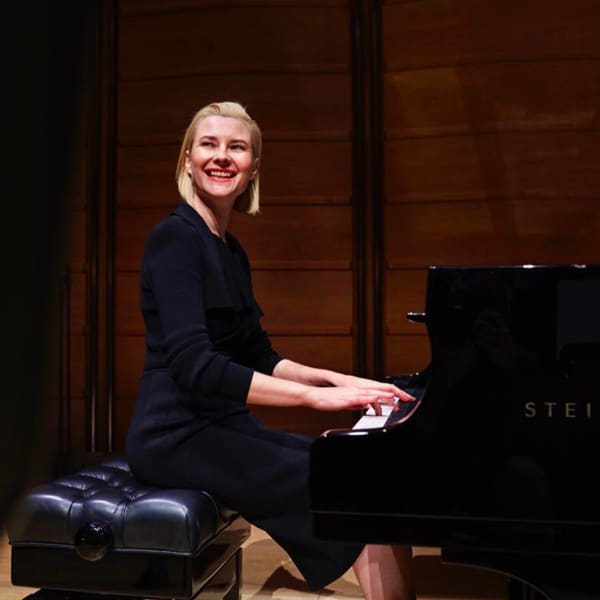 Maria Raspopova is an acclaimed and virtuosic chamber musician and solo recitalist. She is the resident pianist & co artistic director of one of Australia’s foremost chamber groups, Omega Ensemble, and has performed with acclaimed Australian and international celebrated musicians including Paul Meyer, Dimitri Ashkenazy and Emma Matthews.

Maria has received wide acclaim for her performances with Omega Ensemble, Cut Common Magazine wrote “Raspopova’s bass notes were booming and the upper register of the piano sparkled with a shimmering clarity. Raspopova played with confidence and zest. She shone like gold…here is a pianist who could play anything”.