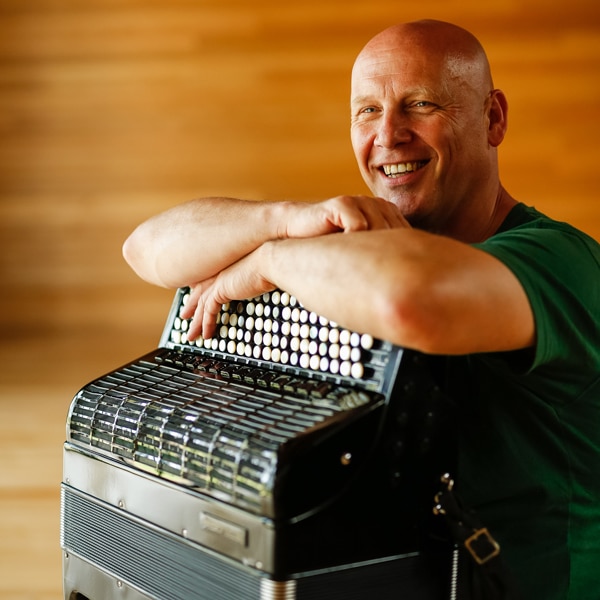 Since his acclaimed London debut in 1992, Scottish-born James Crabb has been one of the world’s leading ambassadors for the classical accordion. He performs regularly with major orchestras and ensembles as soloist and chamber-musician.

James is also a highly regarded teacher having held two professorships in Denmark and Austria from 1995-2010. The Edinburgh Festival and BBC Proms are among his many festival appearances and he has premiered works by renowned composers including Ades, Beamish, Berio, Dean and Kats-Chernin.

James is recognised internationally as a leading interpreter of the music of Piazzolla, and has played numerous concerts with original members of Piazzolla’s legendary quintet.