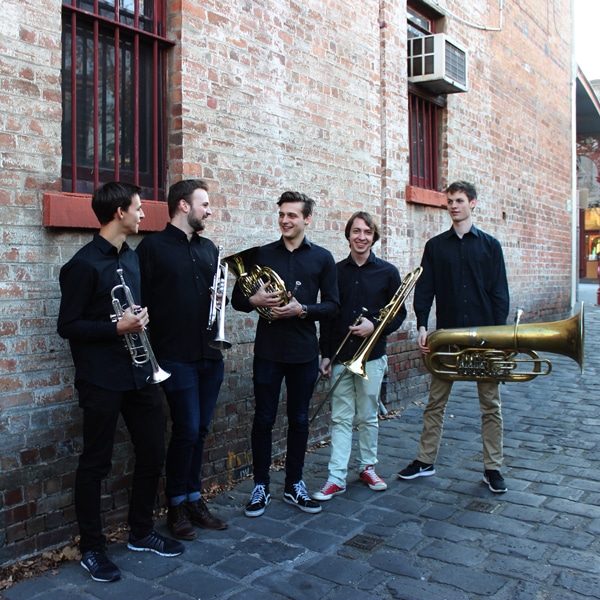 Golden Gate Brass have appeared in concert at ANAM, Four Winds, The Savage Club, The Brunswick Green and at the National Gallery of Victoria and have collaborated with Ad Lib Collective and the Corelia Quintet. Each member of the ensemble maintains an impressive career in their own right, having collectively appeared in every full-time professional orchestra in the country as well as in numerous other performances, festivals and competitions across Australia.