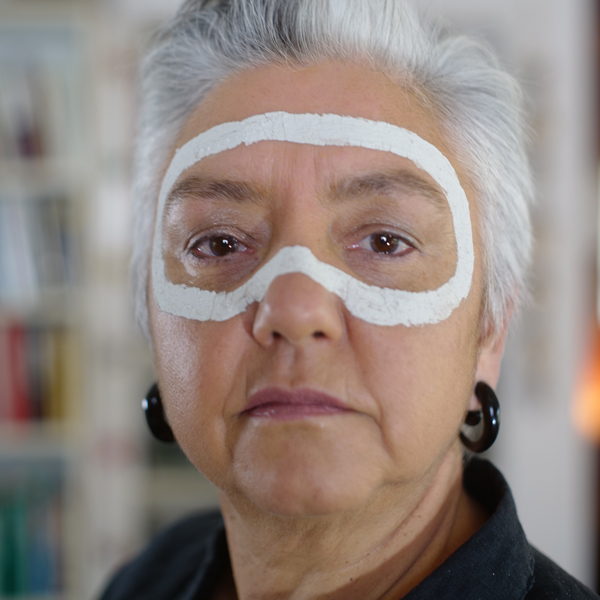 Yorta Yorta Dja Dja Wurrung, Dr Lou Bennett AM is a former member of the internationally acclaimed trio Tiddas, and during her ten years with the band, Lou wrote a number of the group’s signature songs.

Lou was a member of the Black Arm Band and was an instrumental force in the company’s transformative journey from being a one-off ‘special project’, into becoming an Indigenous performing Arts company. Lou completed her PhD in October 2015 and her dissertation discusses the importance and relevance of Indigenous language retrieval, reclamation and regeneration through the medium of the Arts to enhance community health and wellbeing.

In 2017, Lou was accepted as the McKenzie Postdoctoral Research Fellow at the University of Melbourne and was inducted onto the Victorian Women’s Honour Roll in 2017. In 2019, Lou accepted the appointment as a member (AM) of the Order of Australia for her significant service to the performing arts, particularly to music, and the Indigenous community. In 2020 Lou was chosen as a Westpac Research Fellow continuing her research program Sovereign Language Rematriation Through Song Pedagogy in the Faculty of Arts at the University of Melbourne.