Carols in the Pavilion

A much-loved event in the run-up to Christmas - The Luminescence Chamber Singers presented a program of traditional carols from different backgrounds and cultures, and across the centuries. 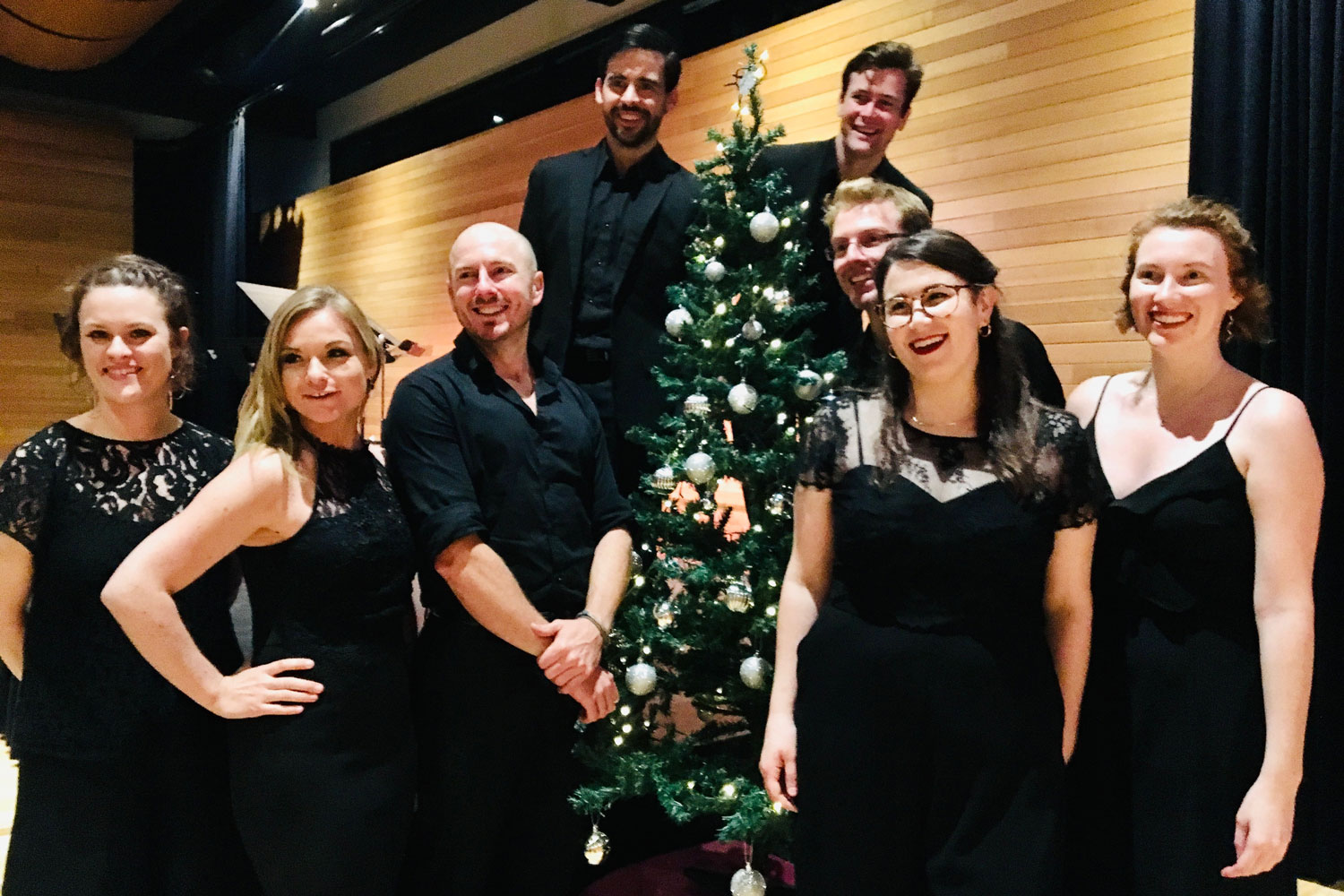 Warm, atmospheric and stunningly beautiful, the voices of The Chamber Singers offered a true moment of calm before the Festive Season. As always, the concert concludes with mass carols under the starry skies of Barragga Bay, and mulled wine and mince pies.

The Luminescence Chamber Singers is a virtuosic vocal consort based in Canberra, Australia. Since the ensemble’s earliest iteration in 2013, Luminescence has earned a reputation for presenting exciting and excellent singing. The Chamber Singers perform a wide range of repertoire from the Renaissance to the 21st century, and frequently premiere new music by Australian composers, including emerging composers from within their own ranks.

about The Luminescence Chamber Singers

In recent years, Luminescence has appeared at the Canberra International Music Festival, the Performing the Jewish Archives Festival, and has collaborated with a diverse range of Australian artists, including Amelia Farrugia, piano-percussion duo Tess Said So, Louise Page, Ensemble Offspring, The Song Company and the Consort of Melbourne. They’ve toured to Melbourne, Sydney, Newcastle, Port-Macquarie and Wollongong, and have worked closely with some of Australia’s leading composers and conductors, including Roland Peelman, Elliott Gyger, Kim Cunio, Carl Crossin, Alice Chance, and Gordon Hamilton.

Luminescence performs regularly at national institutions such as the National Museum of Australia, the National Portrait Gallery, and the High Court of Australia. Highlights of the 2019 season have included performances at the Canberra International Music Festival alongside Bach Akademie Australia, collaborations with the capital’s newest chamber orchestra Canberra Sinfonia, a sold-out concert series at Drill Hall Gallery. In 2020, Luminescence joins with singer and performer Andrie Laptev to present Rachmaninov’s Vespers.

Luminescence is also the umbrella organisation for Luminescence Children’s Choir and Little Lumi, programs for singers aged 7 – 17 years, dedicated to excellence in performance and musicianship.

be the first to know about what's on @ four winds