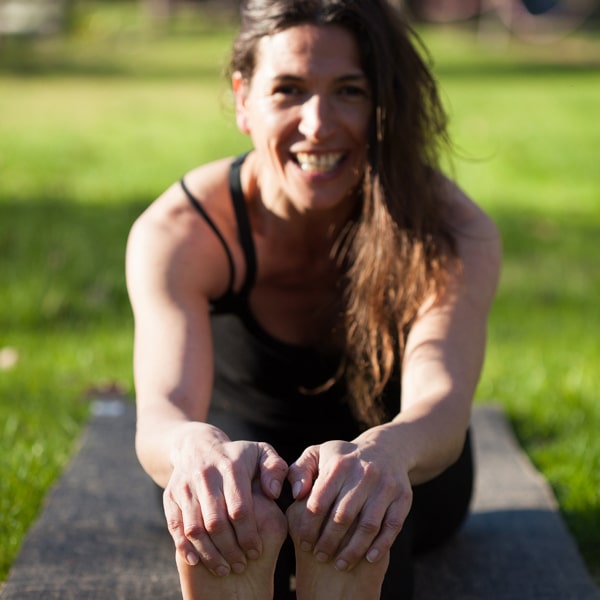 Julieta Mateo, from Argentina, is a qualified Yoga Teacher with more than 18 years of experience in teaching Yoga around the world. She has a background in Improv Theatre and different styles of Physical Theatre. Based in Barcelona in 2005 Julieta created her first company called Improduccion and began performing around Spain and England.

In 2009 she became a mother and decided to open her own Yoga studio in Barcelona, called “EL Galpon” where theatre sports, physical theatre and Hatha yoga are still practised. Julieta has trained in Iyengar, Classical Yoga, Kundalini and VinyasaYoga. She is now based in Australia, studying the Feldenkrais Method and leading workshops that combine Yoga vivo with theatre.