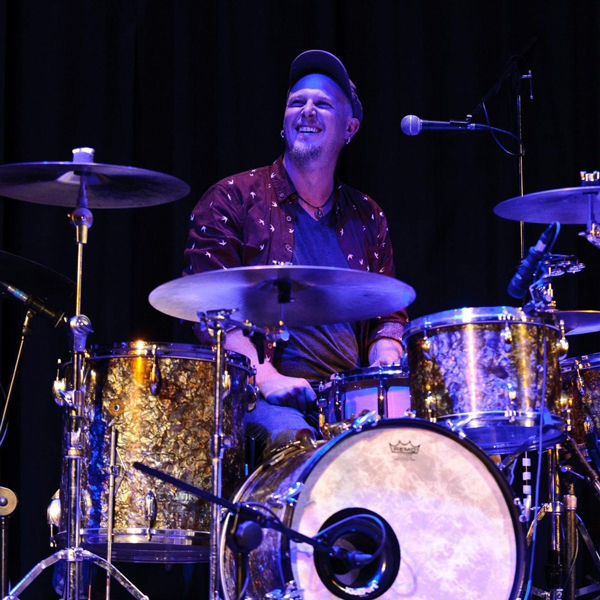 Bega Valley born and bred, Jay McMahon revels in being part of the backline and keeping it steady. In his thirty-year journey as a musician, Jay has been part of many musical offerings such as supporting 90s Aussie grunge bands, hitting the tubs for consummate performers like Adam Levy (US) and basking in the joys and talents of local musicians he grew up with and admires. Jay has toured around the country in many incarnations, from country hall gigs to festivals like the Cobargo Folk Festival to the National Folk Festival. Jay consistently offers his versatile and sympathetic approach to many musicians who are both besotted and grounded by his ability to meld into the groove. He is always humbled by every musical interaction he has had, both intimate and grand.