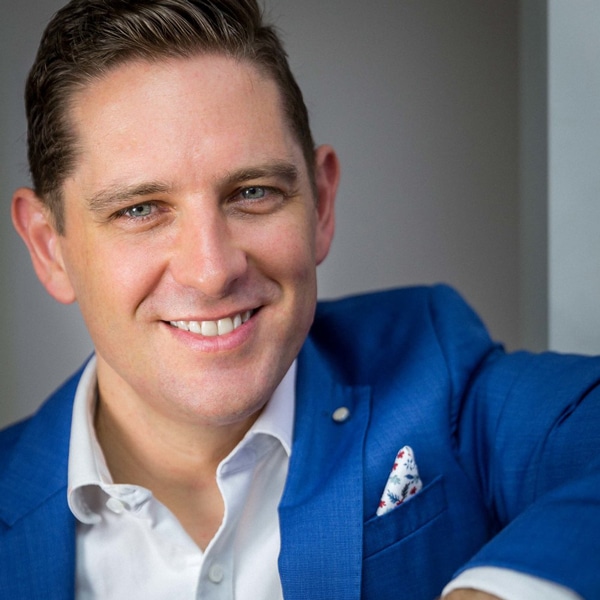 As a composer, recent works by Gordon Hamilton subvert expectations of the orchestra by introducing foreign elements. He presented his 2015 concerto for beatboxer and orchestra ‘Thum Prints’ at the 2016 BBC Proms AU with star beatboxer Tom Thum – a work which has since been taken up by numerous orchestras world-wide. In 2018 Gordon traveled to Antarctica to compose ‘Far South’, a symphony – premiered Iii 2020 by the Melbourne Symphony Orchestra – in which field recordings of ice, ocean and whales interact with the orchestra. In his ‘482 Variations on a Very Short Theme’ (2016) a brief Beatles recording plays; the orchestra latches onto three notes, spinning them out into 482 micro variations. In ‘Action Hero’ (commissioned by WDR Funkhausorchester Cologne) a the voice of Arnold Schwarzenegger plays through a speaker while the orchestra joins in. In 2018 he won accolades for ‘Macquarie’, an orchestral-hiphop collaboration with rapper-poet Luka Lesson which interrogates the legacy of the famous Scottish Major General Lachlan Macquarie.

Gordon has composed and conducted many crossover projects, including ‘Danzón Cubano’ with Cuban pianist Marialy Pacheco. In 2019 he conducted the Tasmanian Symphony Orchestra at Dark Mofo Festival for ‘Riceboy Sleeps’ by Jónsi (of Sigur Rós) and Alex Sommers. Arts Hub has described him as “one of the QSO’s secret weapons … with bonafide in the territories of Hip Hop and Classical music.”

Also known for his work as in choral music, Gordon took over in 2009 as Artistic Director of one of Australia’s foremost vocal ensembles, The Australian Voices (TAV). Gordon has led TAV in its mission of commissioning innovative music by Australian composers. Of their 2013 concert in New York City, the New York Times wrote “… it was as if the gates of heaven had opened.” They have released albums with Warner Classics (2013) and ABC Classics (2016). Gordon’s choral opera ‘MOON’ (2011) toured with TAV to Australia, Germany and to the Edinburgh Fringe and was named by The Herald Scotland as “one of the outstanding musical surprises of Fringe 2012.” In 2014 TAV made international headlines with their video of Rob Davidson’s ‘Not Now, Not Ever!’ – a musicalisation of former PM Julia Gillard’s famous ‘misogyny’ speech. TAV’s most recent album is ‘Elsewhere’. In 2020, in response to arts shutdowns, TAV commissioned 22 composers, including Nico Muhly on the theme ‘Far and Near’.

Originally from Newcastle, Gordon studied at the University of Newcastle Conservatorium (2000-4) under esteemed composer Nigel Butterley. He is a represented composer at the Australian Music Centre.