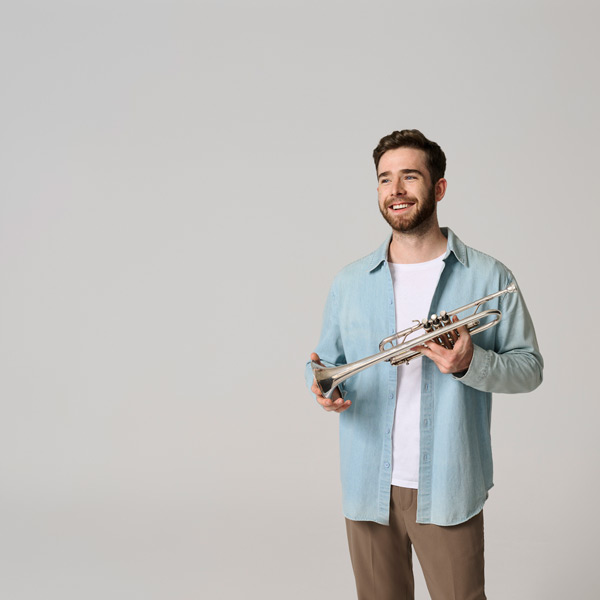 Dominic recently returned to Australia having moved to England in 2015 to study the trumpet at the Royal Northern College of Music, where he received a first-class honours degree in performance. He studied with Gareth Small and Murray Grieg, and his progress earned him opportunities to perform with the Hallé Orchestra, the Dutch National Opera and the Symphonic Brass of London.

In 2018, Dominic was recipient of one of the highest musical honours in the U.K as recipient of the Worshipful Company of Musicians’ Silver Award, for most distinguished student at the Royal Northern College of Music.

Since returning to Sydney in 2019, Dominic has enjoyed touring with Opera Australia, and performed with the Australian Brandenburg Orchestra and the Sydney Symphony.

He is looking forward to performing once again with the Sydney Symphony as part of the Fellows program.