This event has been cancelled due to the ongoing Covid outbreak. You will be contacted by Four Winds to discuss ticket refund options. 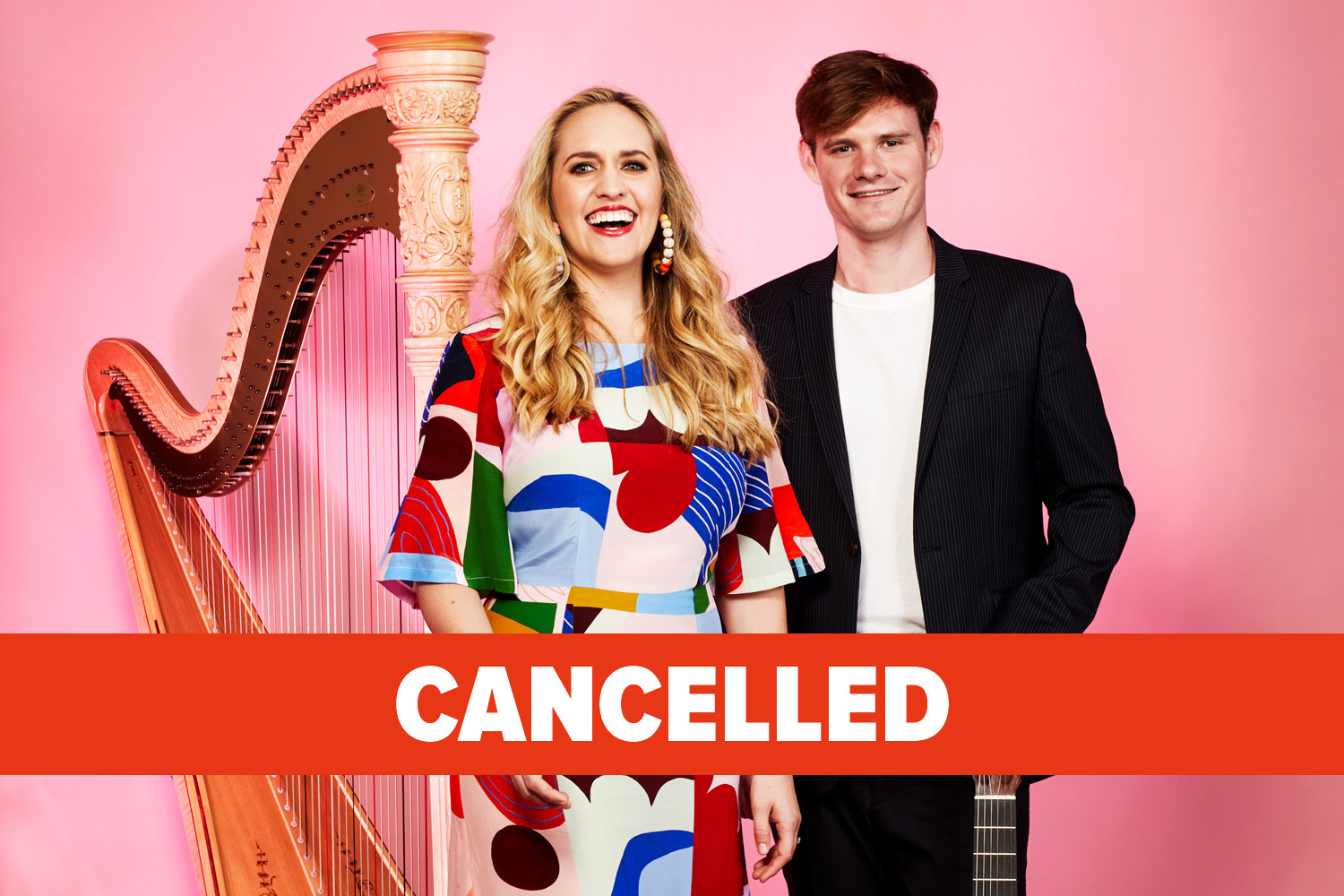 An instrumental pairing that is at once both fresh and familiar …

side by side on stage, the harp with its 47 resonant strings and a collection of extended techniques, provides an expanded range of expressive possibilities to the more common two-guitar pairing.

Andrew and Emily discovered the expressive potential of this ensemble while both in residence at the Banff Centre for the Arts during 2019, working on their own solo projects. Despite both living in Sydney, the two had not previously crossed paths but quickly set to work exploring existing repertoire, commissioning new works, and arrangements that they have since performed widely including at Sydney Opera House, Ukaria and Newcastle Music Festival.

The event runs for approx. 90minutes including interval. Bar will be open for drinks purchases during interval.

If you are an existing 2021 Access Pass holder, you can use your Access Pass for this Windsong Event – bookings are required.

Bookings are essential. Read more here about our venue’s Covid-19 protocols, and what to expect when you visit.

US-born Emily Granger has firmly established herself in the Australian concert scene, with a busy schedule as a soloist and chamber musician, in partnership with some of the country’s finest musicians (both classical and popular) and presenters. As an orchestral harpist, Emily has performed around the world as Guest Principal with the Chicago, Sydney, and Tasmanian Symphony Orchestras, Lyric Opera of Chicago, Orchestra Victoria, and Opera Australia Orchestra.

As an avid hiker, Emily has walked the 3,000 kilometer Te Araroa across New Zealand, 900 kilometers across Spain on the Camino de Santiago, as well as California’s 400 kilometer John Muir Trail.

Emily is represented by Tier 1 Arts, and plays a Lyon & Healy harp.

Andrew Blanch is a classical guitarist from Sydney, Australia with a busy and active performing career. He made his solo recital debut at the Sydney Opera House in 2017 to critical acclaim, boasts more than ten prizes in international music competitions including the Adelaide International Guitar Competition in 2019, and was featured on the front cover of Limelight Magazine in that same year, as one of 30 rising stars of Australian classical music. Andrew’s debut album Spanish Guitar Music (2015) was described by Jim McCutcheon for Soundboard Magazine (USA) as “one of the best debut albums I’ve ever heard.”

Andrew performs regularly with harpist Emily Granger, including at the Sydney Opera House (Bennelong Ensembles), Candlelight series, Brycefield Estate Music Festival, UKARIA and the Newcastle Music Festival. Andrew’s duo with Ariel Nurhadi saw the release of album Alchemy (2020) with ABC Classic. Described as a “ripper of an album” (Daily Telegraph), Alchemy peaked at number 2 on the ARIA Core Classical Chart and was featured as Limelight Magazine’s recording of the month in November 2020. Andrew also performs with percussionist Adam Jeffrey, cellist Ruben Palma, and is a member of the New Zealand Guitar Quartet and The José Carbó Trio.

In addition to his enthusiasm for traditional classical music, Andrew enjoys working with Australian composers and contemporary music. In 2018, Andrew performed Nigel Westlake’s Antarctica Suite with the Willoughby Symphony Orchestra, Westlake himself conducting. Andrew and Australian music advocate/percussionist extraordinaire Claire Edwardes together are responsible for ‘The Surge’ – An Ensemble Offspring and Topology collaboration with extensive touring in May 2021 which sees the world premieres of works by Felicity Wilcox, Jessica Wells and Robert Davidson accompanied by multimedia from Peachey and Mosig. Andrew gave the world premiere of a new work for guitar and string quartet in 2020 by David Banney, and will be giving the world premiere of a new work by Indigenous composer Chris Sainsbury at the 2021 Canberra International Music Festival with Ariel Nurhadi. With the assistance of Create NSW, Andrew is commissioning a major new addition to the guitar repertoire, a guitar concerto by Daniel Rojas, with performances and a recording forthcoming.

Andrew graduated from the Australian National University with First Class Honours in 2013 studying under Timothy Kain and Minh Le Hoang. He is frequently invited to teach and give masterclasses at various festivals and summer schools around Australia and internationally, and is currently acting President of the Sydney Classical Guitar Society.

Andrew is managed by Tier 1 Arts, and plays a 2014 Smallman and Sons guitar.